International Exhibition of Tourism and Hospitality enables the growth and development of the travel industry. Through 9 annual, business to business events, and digital tools, we create the best opportunities for travel industry professionals to connect, learn and do business. Through many years of experience and innovation we are shaping the future of travel and the way business is done. We hope making it easier for the right people to connect and by bring our global experience to local markets. More than just an event. Holding the International Exhibition of Tourism and Hospitality in Isfahan could provide favorable conditions to get familiar of activists and experts in this field with the potential of tourism in Isfahan and different provinces of the country. Through the insight, learning and available connections, the exhibition will try to do in its tenth edition to facilitate professionals in finding commercial opportunities that contribute to a successful travel industry and provide an appropriate environment for negotiation as well as for communication between the people and tourism and hotel industry activists. One of the main features of this exhibition is holding of two parts simultaneously; in one part of the exhibition, the latest achievements in the field of tourism from all over the country are displayed, and in the other part, the second exhibition of hotel equipment, restaurant, fast food and The coffee shop is dedicated to providing the latest products in this field. Through us a world of opportunities await, let us help you find what you're looking for...

9th International Exhibition of Tourism and Hospitality
23 - 26 May 2017

9th Exhibition of Tourism and Hospitality was held in Isfahan, along with the first exhibition of hotel, restaurant, fast food and coffee shop equipment.
23 - 26 May 2017
According to the media department of the International Exhibition Center of Isfahan Province, the exhibition was held in four exhibition halls with a total area of 8500 square meters and with participation of one hundred participants from Isfahan, Tehran, Khorasan Razavi, Ardebil, Mazandaran and Chaharmahal Bakhtiari provinces. In terms of exhibition space, it grew by 30% in compared of last edition.
The presence of the Russian embassy, the Indonesian embassy and the Malaysian embassy as participants and the holding of a sustainable tourism, start-ups and entrepreneurship in tourism conferences, was one of the features of this exhibition.

Making the local and foreign handmade sales market affluent and successful, requires operative strategies and we expect the private sector and provincial institutions that they provide applied strategies and proposals" said the Head of National Iranian Carpet Center.
As reported by the media center of Isfahan Province International Expo Company, Hamid Kargar addressed during the opening ceremony of the 18thExporting Expo of Persian Handmade Carpets in Isfahan that, "we shall be awaiting for the economic sanctions to be lift from the beginning of 2016. According to the agreements, Iranian carpet import sanctions to the United States will be cancelled and we hope to see the returning of a part of our carpet affluence in the different provinces of Iran as the United States has been acting as the first grade market for Iranian handmade carpet".
Likewise, most probably a powerful American delegation consisting of researchers, media agents, carpet buyers, and merchants will travel to Iran in May 2016 and we will be able to get fruitful conclusions through the meetings and making commercial contracts" he continued.
He announced that, "In addition, Abroad Advertisement Plan for National Iranian Carpet Center will be signed by the Ministry of Industry, Mine & Trade in the near future for the European market, especially Germany, through which we are going to revive our target markets".
"Iran is not the only carpet exporter to other countries and our powerful competitors include India and Pakistan that have obviously enjoyed the international markets during the past years of Iran's absence. Therefore, our compensatory job is very difficult" continued the Head of National Iranian Carpet Center.

About the Creative City:
Considered as a hub for crafts and folk art, Isfahan is the third biggest city in Iran, with 1.5 million inhabitants. Its creative sector comprises the country's most specialized craftpeople in 167 different disciplines, including carpet weaving, metalwork, woodwork, ceramics, painting and inlay works of various kinds. According to Isfahan Territorial Planning, at least 9,000 craft and folk art workshops and enterprises contribute to the Isfahan economy, the majority of which are located in the historical Naqsh-e Jahan Square, inscribed as a UNESCO World Heritage Site in 1979 and dedicated to the sector.
While the Naqsh-e Jahan Square remains the major centre for showcasing high-grade works through permanent exhibitions, other events give both a local and international focus to the city's dynamism in the field of crafts and folk art, such as the International Cultural Heritage Festival, which attracts the annual participation of 26 countries worldwide. The highlight of this event is the workshop dedicated to female artisans, emphasizing Isfahan's commitment to valuing female artworks to perpetuate traditional know-how.
As Isfahan primarily considers crafts and folk art as key levers to foster social reintegration and cohesion, employment growth, and the preservation of vanishing traditions and knowledge, the Municipality's programmes reflect these objectives by working in close collaboration with creators. A wide range of training workshops and financial support mechanisms have been developed, notably in the framework of the Handicrafts Cooperative Societies, gathering both public and private entrepreneurs to formulate innovative projects and policies to enhance the status of creators and the contribution of crafts and folk art for sustainable urban development.
Added Value:
As a Creative City of Crafts and Folk Art, Isfahan envisages:
developing the capacities of artists and creative entrepreneurs by providing financial support and training in management and marketing through the Creative Isfahan Plan, launched by the Municipality in 2014;
encouraging gender equality in the production of crafts and folk art through the Closet Remodel Plan, aimed at valuing women with traditional know-how in the field and turning them into producers to carry on their knowledge and stimulate the local economy;
enhancing the visibility of crafts and folk art through the web information platform of the Creative City of Isfahan which identifies existing opportunities in terms of training, employment, entrepreneurship; and
fostering international cooperation and exchange of expertise with other Creative Cities through joint projects in the line with the city�s Innovative Craft Programme highlighting innovation based on interdisciplinary approaches 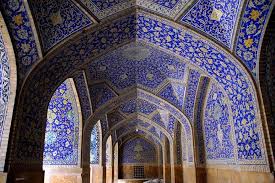 The beating heart of Iran Esfahan is one of the most populated Iranian provinces which is located at the center of Iran and in the confluence of the north,south,west and east roads Some of its grerat monuments such as NAGHSHE JAHAN square, SI -O- SE POL and ..., which is registered in UNESCO caused Esfahan to be recognized as a cultural capital of Islamic world Unique historical,cultural,industrial and academical attractions and specifications makes Esfahan to be sister in law of many important cities in the world More than 120 handicrafts such as GHALAM ZANI,MONABAT KARI,ZARI BAFI,KHATAM KARI,MALILEH DOUZI,MINIATOR,SOFALGARI,GHALI BAFI,ABRISHAM BAFI,MINA KARI,GHALAM KARI , POOULAK DOUZI and ...,., which are registered by UNESCO has caused its increasing attraction and has made it a center of tourism and is ranked third in Iran tourism ranking Major industries such as steels factory , refinery,petrochemical ,stone and ceramic industry in addition to academical,collegiate and medical centers caused Esfahan to become third populated city and the center of trader,industrialists and scientists of Iran